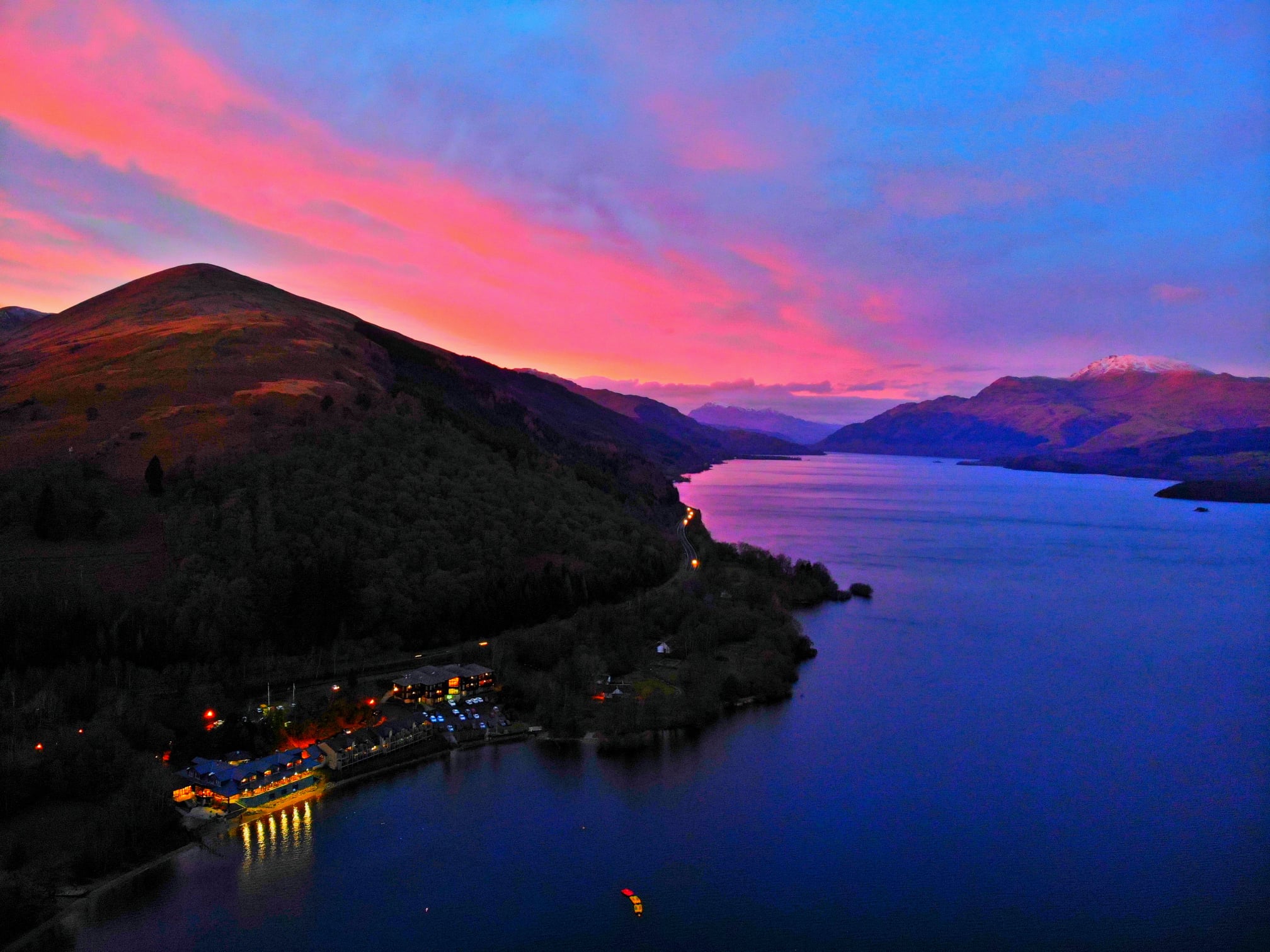 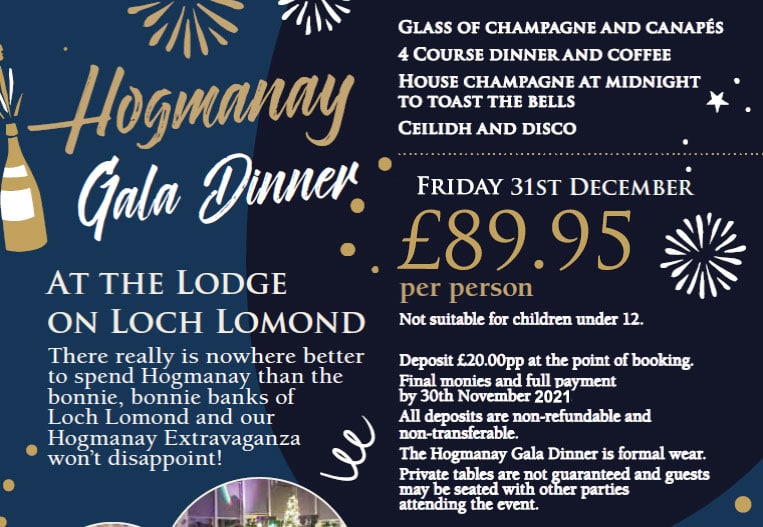 Bring in 2022 on the bonnie banks with our Hogmanay Gala Dinner at the Lodge which includes:

Our Hogmanay Gala Dinner Celebrations are not suitable for children under 12 years of age;

Private tables are not guaranteed and the table plan for the evening will be worked out closer to the date with all covid safety precautions taken into consideration.

Many of Scotland’s seasonal customs at Christmas and Hogmanay are traditional in the truest sense. Not only are they very old, but they are, in the main, rather unorthodox.  First-footing describes the arrival of your first guest on New Year’s Day. A tall, dark male bearing various gifts is said to bring the most good fortune to a house; fair-haired males and females are traditionally considered unlucky. Take the long-standing custom of fireball swinging in Stonehaven, the transformation of Kirkwall into a football-related battlefield, or the aptly-titled Loony Dook in the Firth of Forth (which, to be fair, isn’t actually that old, having only been set up in 1987): odd rituals such as these reveal an abundance of the sort of festive spirit that can make Hogmanay in Scotland for visitors and locals alike so enjoyable be it on Loch Lomond or around the country.